ROAD
< Back to discover

Rebuild My Bike is back with a bang!

Our bikes have history: stories to tell and probably a few secrets to share! They’ve been crashed, thrashed, bashed and endured endless hours of being sat on. So what could be better than rebuilding your beloved bike, reinventing an old favourite and seeing a Phoenix rise from the ashes of a humble, old steed?

Now episode two of Rebuild My Bike has dropped and this bike has made quite a splash. It’s a sea of ruby red and fiery orange, and it’s dripping with all the latest Shimano technology. But before we get carried away with the finished product, let’s rewind to when this episode got underway with a visit to our competition winner.

Denzel saw episode one of Rebuild My Bike and decided he wanted in on the action so he entered the competition. Fast forward a few weeks and a few email exchanges and a Bike Fairy turned up at his door! Before his beloved bike was whisked away, we got to know a little about our competition winner. Denzel is eighteen years old, from Belgium, and has been riding enduro for the last couple of years. He was drawn to the fun and thrills of the discipline after getting bored with his local trails, and now he and his step-dad hit the hills of the Ardennes whenever they can.

Having met the man, it was time to meet the machine: a 2016 GT sensor AL. Denzel’s GT was well looked after but it had received some tough love in its time, and was looking a little tired. As with any well-used enduro bike, there were some scuffs, scrapes, wear and tear.

We had a perfect starting point, now we needed a plan.

It was time to head to the Shimano Service Centre at Chamizo Bikes in Mechelen. Shimano Service Centres are a global network of Shimano-certified independent bike shops. Like with all Service Centres, Chamizo Bikes has Shimano-trained mechanics, access to Shimano support and uses the latest technology and genuine parts. We were greeted by the lovely Liem - the mechanic for this project - and a fantastic, modern and well-equipped work space which would house the strip down and build up of Denzel’s bike. Tape measures were wielded, cables were cut and allen keys worked overtime to disassemble the Sensor. With a full-suspension machine Liem had a lot of work to do, but that also gave us a lot to work with. Forks, shock, dropper-post, groupset, finishing kit and frame were all game for change. 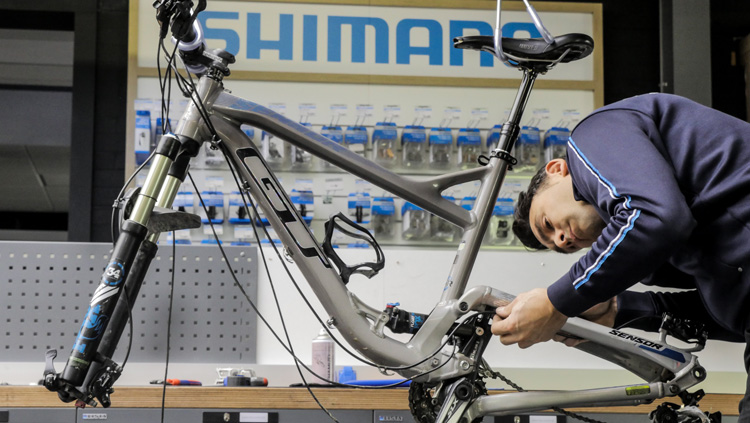 First up: the frame. No Rebuild My Bike project is complete without some fancy pants paint, so the next destination was Unlimited Colours.

With some ideas from Denzel in mind, Jim - designer and painter extraordinaire - got to work on the frame with a mind-boggling combination of cheeky tricks and priceless skill. A few days later the paint job was complete and Denzel’s bike had an incredible new lease of life which was drawing wander from anyone who laid eyes on it.

Back at Chamizo Bikes the process of redressing this beautiful bike began. The star of this show is the brand new 12-speed XT groupset. Denzel will be running a single chain ring and a 10-51 cassette. It’s a big range, but it’s not a problem; Hyperglide+ technology delivers the goods when it comes to super speedy and silky smooth shifting even when you’re putting the power down. The four-piston brakes pack some serious punch when it comes to stopping power, whilst the dropper-post and Tharsis 3Five stem and handlebar from PRO round-out an enduro-specific set-up that is both robust and rewarding. The lovely folk at Fox hooked us up with the Racing Shox 34 Factory fork and the Float DPS Factory shock to ensure Denzel’s build has nothing but the best.

Liem and the entire Shimano Service Centre set-up were ace. Friendly faces, knowledgeable staff and a professional approach from start to finish ensured the rebuild was a great success. It was clear that the quality care and service of each bike, whether old and tired or a brand new race machine, is a top priority. After a final, loving polish the bike was wheeled outside to await its owner.

If only you could bottle the energy and excitement of Denzel as he waited to see his remodelled machine…We couldn’t stand the tension any longer; the moment had come. Christmas came early and Santa did not disappoint! Denzel's face absolutely lit up; he was blown away by the bike and couldn’t get his hands on it quick enough! And who could blame him, the overall look really is stunning. The XT groupset is so smart with sleek black components which perfectly marry form and function; the cockpit is clean; the PRO finishing kit - also all in black - sets it off a treat; and the paint job on the frame is absolutely sublime. This bike is on fire!

Our friends at Pearl Izumi and Lazer gifted Denzel some kit and a helmet, and we threw in a pair of the GR9 trail shoes to complete the outfit. Both bike and rider were hot to trot so we jumped in the car and headed out to find some testing ground. All the equipment marked a big upgrade from what Denzel was riding before, and he could feel it straight away. The bike was lighter, the shifting quicker and smoother, the braking more controlled and the suspension more plush. From the first pedal stroke, the smile just grew and grew. This was definitely not a Denzel in distress! And so episode two was a wrap.

Another bike rebuilt and another owner revving off the stoke meter! 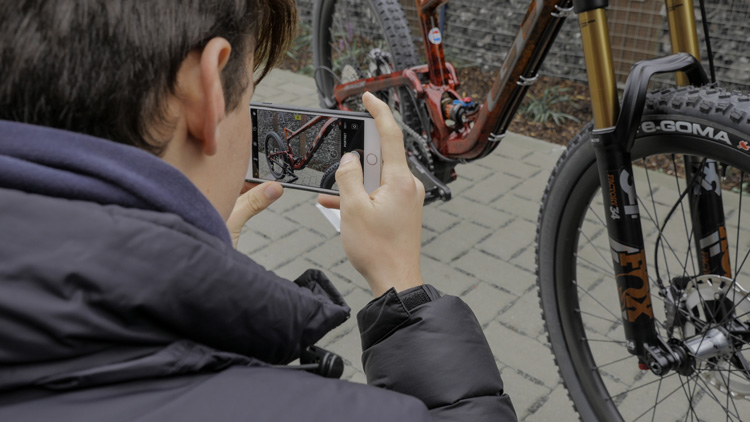 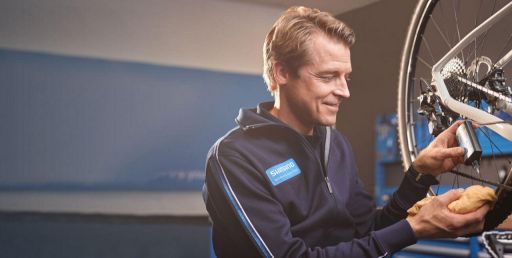 Keep the wheels turning: how to prolong your bike's life

If you’ve recently taken to two wheels, either digging your old bike out of the shed or buying a new bike or ebike, you’ll want to make sure that it stays in tip-top condition. 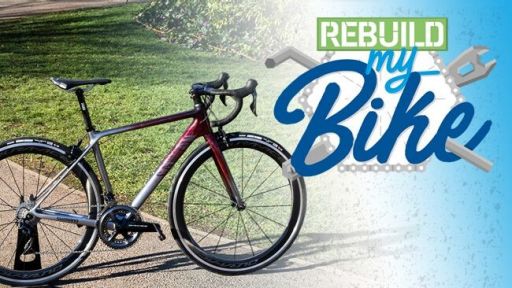 Episode one saw Alice’s Canyon Ultimate SL get a magnificent makeover and transform from work horse to wow!

Get the best upgrades and information in your inbox!

Get in touch with
your Shimano
Service Center